@surferjay, I know exactly what you’re saying about the uke being in “C,” sigh. 😅 Again, the piano brain I have increased that confusion (as the lowest notes on a high G uke are on the C string (which is string 3 🥺)). It all seems random and out of order compared to a piano.

1. Ha, yes. I found this video one day that is pretty helpful in starting to see how the uke is laid out. Because I also struggled to know where the notes are. https://m.youtube.com/watch?v=p3c5Gjb-URs

2. Ah okay. So I think we were on the same page there with the capo / tuning of the strings.

Now I’m thinking if you tuned just the E string up one half step and used a capo on the first string to make a D major tuning that may just make things more confusing? I’m probably just going to have to try this now. 😂

Ha, same. I always like to emphasize that I know literally nothing…

Sigh yes, very true. Kindness is what the world needs. And it’s much nicer to talk about ukes and cows than politics. 😅😳 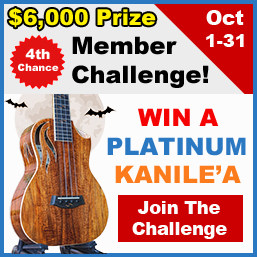