Below is the lesson for the “Triple Strum Etude” by Rock Class 101.

Learn a melodic etude that’s played entirely with the triplet strum technique. Let’s hit pause for a second, because the opening sentence is half correct and half incorrect. While this etude uses the right hand motion of the triplet strum:

You’ll notice that the first hit is the only one that’s strummed. That’s right, this etude transforms the triplet strum technique into a triple pick technique! Furthermore, we’re playing eighth notes in 6/8, as opposed to the triplet strums traditional use: Eighth note triplets in 4/4.

This etude is part of our new course titled: Triplet Strum Magic. As you’ve probably adduced from above, part of the “magic” is in the ability to take the triplet strum technique and transform it into a triple pick technique, as well as, using it in a different rhythmic context and as a self-contained right hand playing style.

While this etude can be performed with traditional fingerpicking technique, as Andrew demonstrates in the intro of the lesson, using this method of playing produces a highly rhythmic and fluid sound. If you’ve been looking for a technique that breathes new life into your playing, then definitely check out the course! 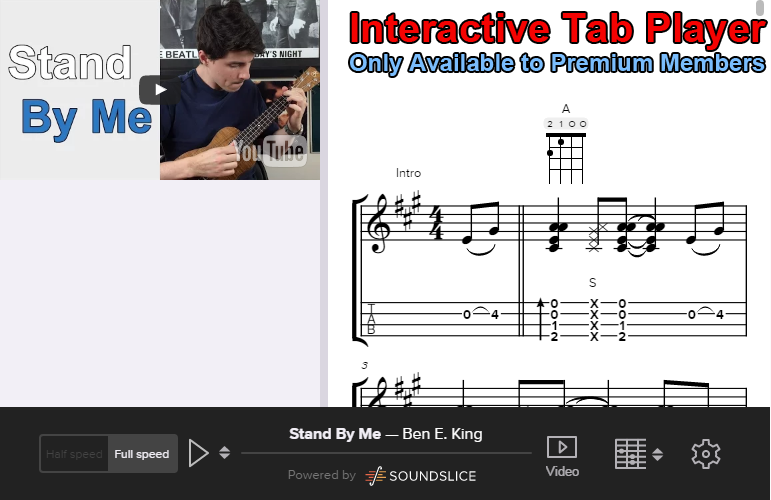 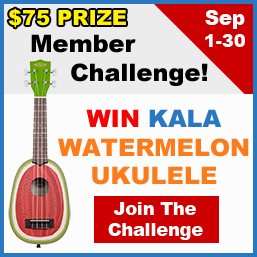 Chord Progressions Explained – In this session, you’ll learn what a chord progression is and why some sound more interesting than others.

“Moon River” – A playful take on a timeless melody.

“Valse Venezolano no. 2” by Antonio Lauro – A melodic and fast-paced Venezuelan waltz arranged as a duet for low G and baritone ukulele.